As a weight loss devotee, I’ve used Weight Watchers many times in the past to lose weight. I counted Points and then learned to recount using Points Plus. I had good results and learned some healthy habits that stayed with me long after I grew weary of counting and recording every bite of food.

And if you’ve tried Weight Watchers, you know that constant counting can become a real drag.

So I was excited by the prospect of the Weight Watchers Simple Start approach. This time, there would be no points to count. I only had to restrict myself to foods from the approved list for two weeks. And best of all, if it is on the list, there is no limit to the quantity.

I (mostly) followed the approach for two weeks and did lose three pounds.  Staying true to my usual pattern, I started strong.  The first five days were great.  The remaining days, I made some mistakes.  So, if you are considering following this program, I think I’d like to suggest some tips and also, some piitfalls to avoid, to increase your likelihood of weight loss success.

The first thing I did was I download the grocery list and head to the grocery store to fill my kitchen with Power Foods.  Some of the food was normal for me; I always buy lots of fruits and vegetables.  Salad ingredients and lean meats like chicken or 4% fat beef are always in my grocery cart and are also central to Quick Start.  I have recently discovered quiunoa and that was already in my pantry.  However, my family balks at whole grain pasta or brown rice.  But Quick Start requires it so I was buying it.  I generally drink sparkling water and herbal tea so those were no problem.  Some of the foods, though, were not what I usually purchase.  Low calorie bread, sugar-free jello, light yogurt, and fat-free cheese have not been in my fridge for a while.  I have moved away from artificial sweeteners and highly processed food in recent months.  But the Quick Start program encourages these foods so I bought them.  I planned to follow this with fidelity or not at all.

I began my first week with a plan for every meal.  I spent Sunday chopping vegetables for salads and marinating lean meat for quick dinners. I packed my lunches with only Power Foods.  I carefully mapped out the snacks I would eat.  When it came time to make dinner, I didn’t veer from the program because everything was ready to go.  My children were not too excited about broiled chicken breasts, they are partial to fried.  But, with enough ketchup they will eat just about anything so they didn’t starve and I stayed true to the program.

I found I wasn’t hungry during this first week, just a little bored.  The reason I was tempted to cheat was not because I was starving.  It was because I missed mini Snickers as an afternoon snack.  I had to make myself focus on my hunger level and when I did, I knew I didn’t need to eat…only that I wanted to.  You don’t have to be hungry with Simple Start because you can eat as much as you want.

Weight Watchers actually indicates that you should eat as much as you think you need.  This is a slippery slope and tricky advice to follow as I learned in Week Two.

When the weekend arrived, I double checked and confirmed that wine is not a Power Food.  Sadly, being made from grapes didn’t make up for the empty alcohol calories.  I found my resolve weakening.  I allowed myself a glass on Friday and two on Saturday.  I stuck to the Power Foods and didn’t feel I had derailed myself too badly.  The scale hadn’t moved much but I was hopeful another week would change that.

Week Two:  What Not To Do if You Hope to Succeed

I didn’t plan or shop well for week two.  By Tuesday I was out of salad ingredients so I turned to whole wheat pasta with fat-free cheese and tuna in large portions.  I began to snack on whole wheat bagels dipped in fat-free yogurt .  I added Triscuits and Wheat Thins to the Power Foods list and didn’t get permission from Weight Watchers.  Without pre-chopped vegetables and ready to go dinners, I found myself cheating more and more.

Although I stuck to the(modified) Power Food list, I found myself steadily upping the portions.  I noticed how much my overall food intake was increasing.  Before Simple Start, I never ate pasta for lunch.  Now, that whole wheat had become a carbohydrate green light, I couldn’t stop myself.

Back when I was pregnant and gaining weight rapidly, I encountered a rather unsympathetic doctor. I insisted that I was eating healthy and couldn’t understand why I was gaining.  He replied with this painful wisdom, “If you eat a bushel of apples every day, you’ll still gain weight.  It’s calories.”  I could hear his words ringing in my ear as I finished my third thin whole wheat bagel of the morning.

By Friday night, I was ready for Quick Start to be over.  I stopped a couple of days early, poured myself a big glass of wine and ate a piece of cake.

After (almost) two weeks, I did lose about three pounds and felt a little better.  I had broken my sugar-sneaking cycle and realized how much food I had been frying or drenching in butter prior to Quick Start.  But I also realized that I had already been doing many things right when it comes to eating.  Some of the dietary changes required by Quick Start, using artificial sweeteners and fat-free products, as well as allowing myself unlimited whole grain carbs, were potentially detrimental to my health and weight loss.

Full disclaimer, I didn’t want to spend the money to actually join Weight Watchers, I just used the tools that you can access for free by registering with Weight Watchers online.  But by deciding to go the cheap route, I gave up the full range of recipe ideas and other support tools that are available.  I also wasn’t going to meetings or chatting online with a support group.  I think if I had joined I would have had better results.

Overall, I found the Weight Watchers Quick Start approach to be effective and easy to follow.  I do well with strict rules when focusing on weight loss so the limited list of Power Food worked for me.  I know I would have lost more weight if I had cut out all alcohol, limited my carb intake, and planned my shopping better for week two.  I see this approach as a helpful “start-over” if you’ve found yourself in a negative eating pattern.  It will give you a fresh start and help you evaluate the changes in your strict diet that you want to make permanent. 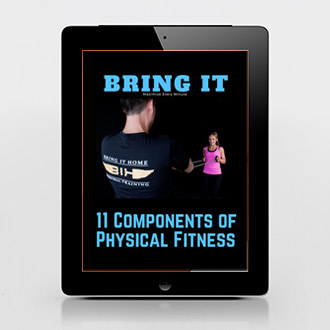 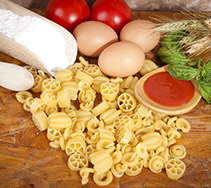 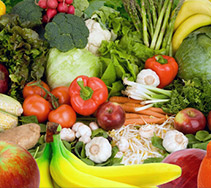 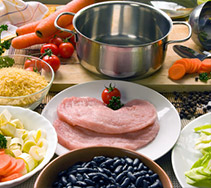 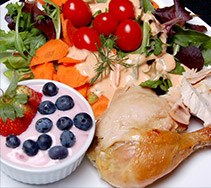